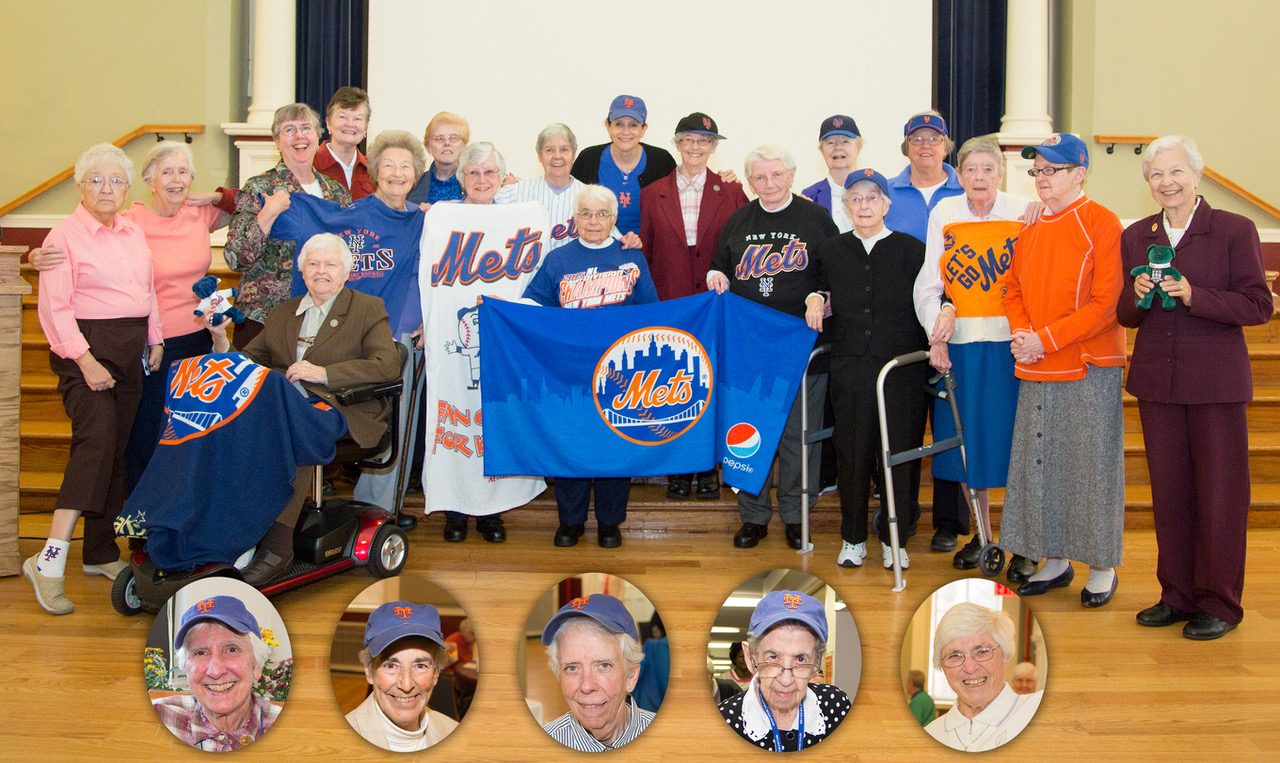 Sisters (and one associate) gathered during Congregation Day in October 2015 to show their Mets colors just prior to the start of the World Series. Some of these sisters now root for the Mets from heaven.