Who Cares for Creation — and Why?

Sept. 1 – This day has been declared by Pope Francis as World Day of Prayer for the Care of Creation. We offer the second of two reflections by our Sisters.

Since 1995, a major focus of the Sisters of Charity of New York has been “to reverence creation in a spirit of interconnectedness with all that is, living responsibly.” A concrete outcome of that focus was our founding and continued sponsorship of Sisters Hill Farm, a Community-Supported Agriculture (CSA) farm in Stanfordville, NY. But over the years, people have wondered “Why this direction? How does it fit in with your long-standing commitment to health, education and social service ministries?” 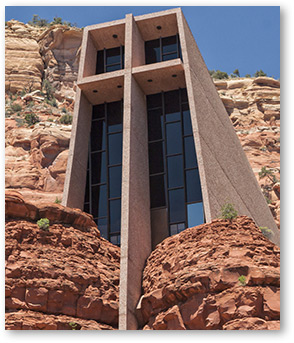 The best answer is found in Pope Francis’ recent encyclical, Laudato Si: On Care for Our Common Home. This document eloquently makes the connections between our care for (or destruction of) creation and its immediate impact on the millions of people living in poverty. Pope Francis compellingly urges us to take responsibility and to act to reverse climate change, before it is too late. It’s well worth a reading.

Let me humbly offer my own simple answers to the question, “Why have we Sisters of Charity and Associates committed ourselves to ‘reverence creation in a spirit of interconnectedness with all that is, living responsibly’?”

…Because Jesus Christ, the master teacher, found unforgettable images of God and God’s dream for the world in birds and flowers, sower and seed, field and harvest, vineyard and seashore;
…because our Judaeo-Christian tradition teaches that the natural world is a true sacrament of the presence of God, and mystics tell us that the world is like a book written by the finger of God;
…because the earth is our first classroom, teaching lessons of interdependence, patience, renewal, receptivity, balance, gratefulness and hope;
…because we can’t restore health to bodies, minds and spirits if the planet that people inhabit is unhealthy;
…because the land that sustained our foremothers/fathers must likewise support generations after us;
…because educating others to be responsible citizens of the planet will be as crucial in the coming decades as the three R’s have been in the past;
…because humility (from the Latin humus) tells us that we human beings are no more and no less than one splendid species among many forms woven into the web of life;
…because simplicity calls us, and charity impels us, to temper our use of earth’s resources, weighing them against the needs of the poorest among us;
…because choices about what we eat, how we grow it, and with whom we share it are profound moral decisions;
…because co-laboring with our Creator God to build the “new creation” is not a New Age fad but a Gospel imperative;
…because God’s Spirit continues to surprise and invent and renew the face of the earth, and (we trust) us with it.

In conclusion, consider this story: In 1847, on land near present-day Fifth Avenue and 107th Street in Manhattan, the newly established Sisters of Charity of New York began to build a motherhouse, chapel, novitiate and girls’ academy. Ten years later, the elegant complex was barely completed when the city’s plans for Central Park required that the Sisters relocate. They found a new home far from the teeming city at Font Hill on the Hudson, where Mount Saint Vincent in Riverdale continues to be a sacred, welcoming space for generations of students, parents, Sisters, Associates, and colleagues. Nothing remains of the old Mount at McGown’s Pass except the ruins of a foundation wall – and, on a spot still known to Park rangers as “the Mount,” a massive compost heap that supplies fertile soil for all of Central Park. The old Mount’s transformation into compost seems a fitting way to celebrate “a spirit of interconnectedness with all that is.”

Sr. Regina serves as Charism Resource Director for the Sisters of Charity.