“Caring for the Body” 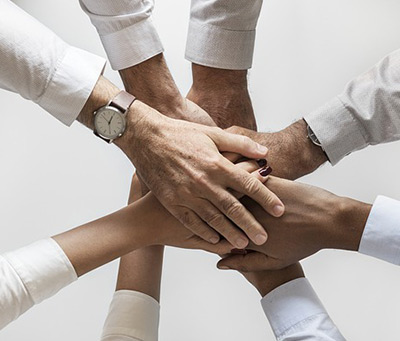 The idea of the human body serving as a metaphor for the human community is hardly a new one. Even at the time St. Paul was writing to the feisty and fractured Christian community in Corinth in the first century C.E., it was not a new one. Five centuries earlier a famous politician and orator named Menenius Agrippa had given a memorable speech on the Roman republic being like a human body with many parts, each serving a different function and needing to work together for the good of the whole. And who knows how many others there were before Agrippa? There are so many obvious parallels between the workings of a body and the workings of a community that comparisons seem unavoidable. Even today we will casually refer to someone as “the brains of the family” or “the ears and eyes of the office.”

When Agrippa used the metaphor, he did so with the intention of persuading the common folk of the Roman republic to stop revolting against their leaders. He stated that the Senate was the stomach of the Roman body, and argued that all of the other members of the body had to work to make sure that the Senate was well fed lest the whole body die of starvation. Basically, Agrippa used the metaphor to encourage everyday citizens to submit to the authority of Rome’s most prominent citizens.

Occasionally today, we hear similar arguments. Arguments that we are all one community and that we should pull together and stand by our leaders regardless of their behavior.

In this familiar passage from Paul, though, we hear something quite different. Paul doesn’t talk about the “weak” members of the body being obligated to give their support to the “strong,” but rather, the “strong” members of the body needing to value and honor the “weak.” Yes, there is some rebellion in the ranks of Corinth, too, Paul acknowledges. But from Paul’s point of view it’s due in good part to the pride of the prominent members of the church community who think themselves important in ways others aren’t. Deserving of status in ways that others aren’t. “Above the law” in ways that others aren’t. In Paul’s words, “[T]he parts of the body that seem to be weaker are all the more necessary, and those parts of the body that we consider less honorable we surround with greater honor.”

Paul uses the metaphor to emphasize that no one part of the body is more important than any other part, and we should take special care of those that—at first glance— appear less important, because—at second glance—we’ll quickly realize that’s not the case! Every person plays a valuable role in the community, even if the contribution being made is not immediately clear. It does not matter if the person is an apostle or an administrator or a healer. And we could add, it does not matter if the person is disabled or chronically ill, an elder or an infant, able to speak and work or not. Every person possesses an inherent dignity. And it is in the best interest of the community to watch out for persons who seem to have little to contribute and whose gifts are not necessarily valued—not because we are Christians and should be charitable, but because we Christians realize that we are so deeply interconnected that what affects one affects all. The fingernail does need to be attentive to the stomach, but the stomach also needs to be watching out for the inglorious wrinkled elbow and yellowed tooth.

As familiar as we all are with the metaphor of the body being like a community, I think we often miss Paul’s distinctive point. Or perhaps we do get Paul’s point; we just don’t believe it. Or—more worrisome yet—we think we believe it, but our actions betray us: We ignore the need of every member of the body for such basic things as health care or clean water or a safe place to live. We know that we ourselves need such things, but we leave others to fend for themselves. We take advantage of the perks of race, class and gender with only the slightest awareness that others can’t. We label some people “VIP’s” and refuse to offer even a smile or “hello” to others we pass on the street.

Our assumption that some people are more important than others can eek out in such subtle ways that we are hardly aware it is operative until we encounter someone who shows us another way. Someone like Dorothy Day, one of the founders of the Catholic Worker movement. I recently read a story about Day told by a newspaper reporter sent to interview her in the 1940’s. The reporter was directed by a fellow Catholic Worker that he’d be able to find Dorothy in the kitchen. He stood outside the door, hesitant to interrupt a conversation Day was having with a homeless woman over a cup of coffee at the kitchen table. After a couple moments, Day spotted him hovering outside the door and called out, “I’m sorry, which of us were you waiting to see?”

Day embodied what Paul dreamed for the Corinthians. She had no assumption that she was more important than the woman she was talking to. In her eyes, each and every member of the community was someone worth getting to know, over a cup of coffee or in a newspaper interview.

Imagine what the world would look like if we saw ourselves and the others around us with the eyes of Dorothy Day rather than those of Menenius Agrippa. Imagine how we would treat each other. Imagine the implications for how we vote. Imagine what would happen to our personal wallets or even the national budget if we thought of the “weaker” members of the body not as optional “charity cases,” but integral to the well-being of all. If we could imagine such a world, Paul’s familiar words would not slide past us like butter on a warm dish as we move on to listen to the Gospel reading for today. They would stop us in our tracks as we let the reality and implications of what Paul is saying sink in: We are one body.