Sisters of Charity Federation Presence at the United Nations 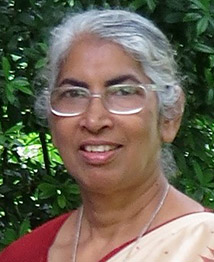 The Board of the SC Federation announces the hiring of Sister Teresa Kotturan, SC Nazareth, as the next Federation NGO Representative, continuing our presence at the United Nations in its international efforts to promote peace, justice and human dignity for all.

In 1997, the SC Federation hired Sister Marie Elena Dio, SC Halifax, as the first employee of the Federation to serve as an NGO Representative at the United Nations. Under her leadership, the Federation NGO was accredited with consultative status with the Economic and Social Council (ECOSOC) of the UN. Each congregation of the Federation named a liaison to dialogue with Sister Marie Elena on priority issues. During her eight years at the UN, Sister Marie Elena was a founding member of Religious at the UN (RUN), a group to support efforts in promoting the principles Catholic Social Teaching. She and Sister Faith Colligan, DC, were among the founding members of the Financing for Development NGO Committee in 2004 which came into existence to monitor the Monterrey Consensus to secure funding, trade agreements, and debt relief to assist developing countries in the implementation of the Millennium Development Goals of 2000. Sister Faith also served on the Committee for Social Development and for several years co-chaired the Civil Society Forum which preceded the Commission for Social Development. Sister Janet McLaughlin, SC St. Elizabeth, served as an assistant for a number of years.

Sister Maria Goetschalckx, SC Seton Hill, served as NGO Representative for two years and brought her expertise to poverty and development issues as well as trafficking and migration.
In 2007, Sister Caroljean Willie, SC Cincinnati, assumed the role of NGO Representative. She continued the collaborative work with ECOSOC, other NGO Reps and multiple committees to apply the Vincentian charism and the Federation Strategic Plan to the development of political, economic, social and humanitarian policies of the UN. She engaged liaisons, members and Associates of the Federation congregations, the Vincentian Family, and students in the work of the UN. She educates on systemic change and the issues with presentations, newsletters, and issue alerts. Sister Cj completes her second term in January 2015. Sister Faith also completes her service in 2015. Thank you!

Sister Teresa Koturran, SCN, has served in congregational leadership in the province of India and Nepal as well as on the Congregational Leadership Team based in KY. She collaborated as an NGO Liaison for five years and presented systemic change and UN issues to membership and their collaborators for implementation in their ministries. She brings vast international experience and studies to the role. She will begin an orientation with Sister Cj in October 2014. Welcome, Sister Teresa!