Sharing Our VISION For Thirty Years 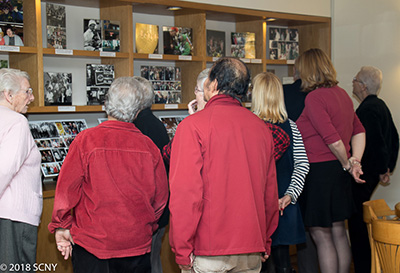 The Sisters of Charity of New York celebrated thirty years of the publications Close Up and Vision on February 27, 2018. The event featured the opening of an exhibit of significant photos that have been published over the years. The four presidents who served in the past thirty years and presided during the growth of the publications were honored at the exhibit opening.

Some of the photos on display feature notable figures who have appeared in Close Up and Vision over the years, including Pope John Paul II, Pope Francis, Paul Newman, and Mayor Michael Bloomberg. Jubilarians, Associates, the missions in the Bahamas and Guatemala, and the St. Patrick’s Day Parade of 2009 are among the photos prominently displayed. 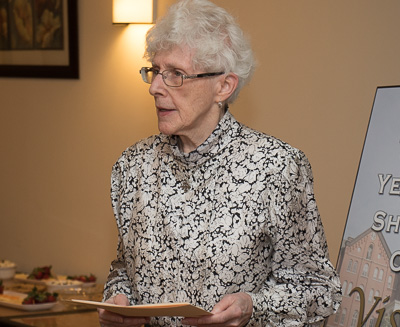 Sister Eileen McGrory began the ceremony by recalling the rich history of both Close Up and Vision. Also in attendance at the ceremony was Sr. Marie Paula Holdman, the first editor of Close Up, Sr. Madeleine Mahoney, who assumed the title in 1991, and Bill Hurley, Director of Development when Vision was unveiled. Attendees shared their memories of working on the publications and the circumstances surrounding the change from Close Up to Vision. 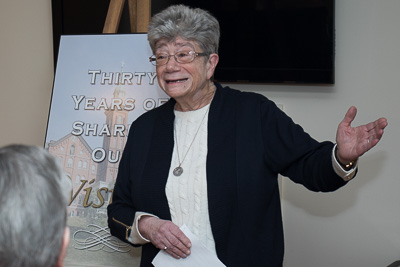 Elena Miranda, current editor of Vision, made presentations to Sr. Carol Barnes, Sr. Elizabeth Vermaelen, Sr. Dorothy Metz, and Sr. Jane Iannucelli in honor of the leadership that steered the growth of the publications. The presentations included a quote from the letters they wrote for Close Up and Vision as President of the Congregation.

The exhibit will be available for viewing throughout the month of March and will remain on display for an extended period.