Not What We Expected 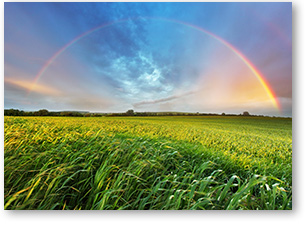 “We were hoping…” —the words of the disciples en route to Emmaus tug at our hearts. Maybe they were expecting a Messiah who would set everything right and vanquish their oppressors. Maybe they were expecting a life of glory and ease. But the catastrophic events of that awful Friday dashed their hopes and buried their dreams. Laying the broken body of their friend and leader in a borrowed tomb was surely not the outcome that they expected.

Their pain and fear sent them running to barricade themselves behind locked doors. Yet into that frozen, fear-filled place, the risen Christ came. He showed no disdain for their fears, their cowardice, their betrayal — not what they expected at all. He showed acceptance, understanding, forgiveness. As Pope Francis reminds us, Christ “has a very special capacity for forgetting.” All Christ asked of the disciples was to entrust themselves to his boundless love, his limitless mercy. That is all he asks of us now.

Today’s first reading from Acts depicts the early community of believers, people not so different from you and me. They show us mercy in action; they adopted a “gift” economy, one based on need, not on entitlement, where the possessions of each became the property of all. No safety deposit boxes, no offshore accounts, no self-storage units, no “Private Property —Keep Out” signs.

In Christ’s living and dying, he gave an example of total, self-giving love, love that gives it all away for the sake of the other. The early community found a way to translate this radical self-giving, this abundant mercy, into day-to-day living. What a witness to the power of Christ’s resurrection, to the power of mercy!

In our day, Pope Francis shows us unforgettable examples of the “abyss beyond our comprehension” which is God’s mercy. It seems that he cannot rest until the Church and its members at every level get the message that followers of the merciful Christ must excel in showing mercy wherever people are in pain, divided, alienated, on the margins. “Men and women who are merciful,” Pope Francis tells us, “have big, big hearts.”

On this second Sunday of Easter, when we celebrate Divine Mercy, let us pray with and for each other, that our hearts may grow bigger and bigger in imitation of the great heart of Christ.

Sr. Regina, a writer, poet, retreat leader and spiritual director, serves as Charism Resource Director for the Sisters of Charity of New York.