AAs we celebrate National Catholic Sisters Week, we honor the Sisters whose shoulders we stand on, who worked tirelessly with the Archdiocese and Catholic laity to serve the people of New York and beyond. Elizabeth Ann Seton’s final words to her sisters urged them to be united, to be faithful, and to be daughters of the church. Sisters of Charity treasure these words as her legacy to us and to the church of New York. 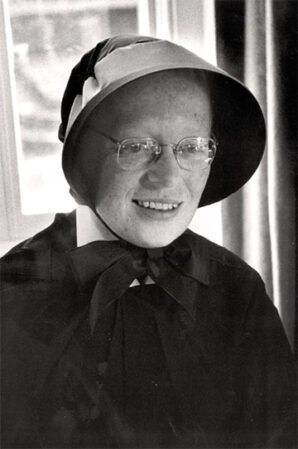 Sister Loretto Bernard Beagan, SC, served as Mother General from 1960 to 1966. She brought to the office dedication, long experience in administration, and a special capacity for enlisting the talents and enthusiasm of the young and gifted. During the exciting times of Vatican II, she was a charismatic leader who immersed the community in the documents and exposed it to the challenging thinking of world-famous theologians. On March 14, 1965, fifty-five years ago today, Mother Loretto Bernard sent a relay to all the convents inviting sisters to participate in the Harlem March for racial and civil justice. That summer about thirty sisters participated in the Summer in the City Program initiated by Monsignor Robert Fox. 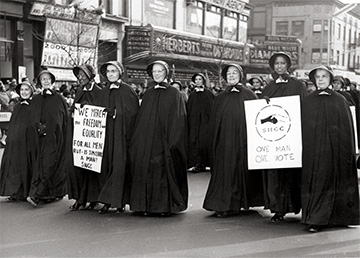 With Mother Loretto Bernard front and center, the Sisters of Charity proudly marched on March 15, 1965, with many other religious groups and the laity in support of civil rights and equality for all.