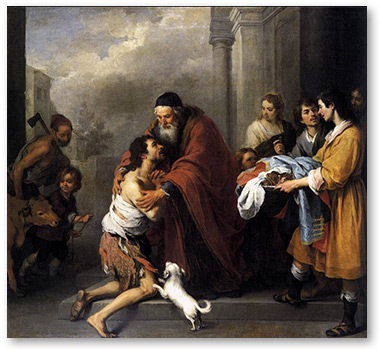 As we find ourselves about three quarters of the way through our Lenten journey, we are rewarded with today’s comforting and hope-filled readings. In the first reading the reproach of Egypt has been removed from the Israelites and their covenant has been restored. In the second reading Paul tells us that the old things have passed away and new things have come. We have been reconciled in Christ. And then we are presented with the very powerful parable of the prodigal son in today’s Gospel.

Have you ever thought about how you felt when you first heard this parable as a child? Didn’t you want to rewrite the ending? After all, the older son did make a good point. He was the faithful and obedient of the two. He was the one who deserved a reward. Surely there should have been a fairer and more just ending to the story. Perhaps the father could have forgiven his prodigal son but only after giving him a taste of life as a hired worker on his farm. A few months in that position would certainly be an appropriate punishment. (I bet that the fatted calf would have preferred that ending!) Or perhaps the father should have stipulated some conditions before fully accepting his son back into the family. The younger son could have been told to apologize to everyone, asking forgiveness for his reckless lifestyle and then present a payment plan to return the inheritance money he squandered. At the very least he should have been required to enroll in a course on responsible stewardship if he planned to remain on and eventually inherit the estate.

Yet as we discover time and again, God’s ways are not ours. The father accepts the younger son back without any stipulations whatsoever and provides a party to boot. What a powerful reminder of God’s mercy and unconditional love for each of us!

If we were able to fast forward the parable, do you wonder how the brothers interacted in the days and weeks following the younger son’s return? Did the older son inherit his father’s forgiving nature or did he treat his younger brother with resentment and disdain. How would I have reacted? And how do I react/interact with those who have failed, who have disappointed or hurt me? Do I try to teach them a lesson or can I show them mercy and love them unconditionally as well? Certainly there is a lot to ponder during these remaining days of Lent.

“If all of us – all peoples, all families, all quarters – had this attitude, how much peace there would be in our hearts, for mercy brings peace! Let us always remember: Who am I to judge? …to open and expand one’s heart – may the Lord give us this grace!” Pope Francis – Morning Meditation, 17 March 2014 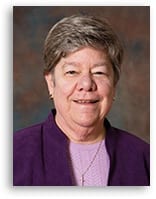 As Executive Director of Sisters of Charity Housing Development Corporation, Sr. Donna oversees 11 sites in Staten Island, Rockland, and Manhattan that provide affordable and supportive housing for over 800 residents.