Sister Kathleen truly implemented the College of Mount Saint Vincent’s legacy in word and action—Teach Me Goodness and Discipline and Knowledge. 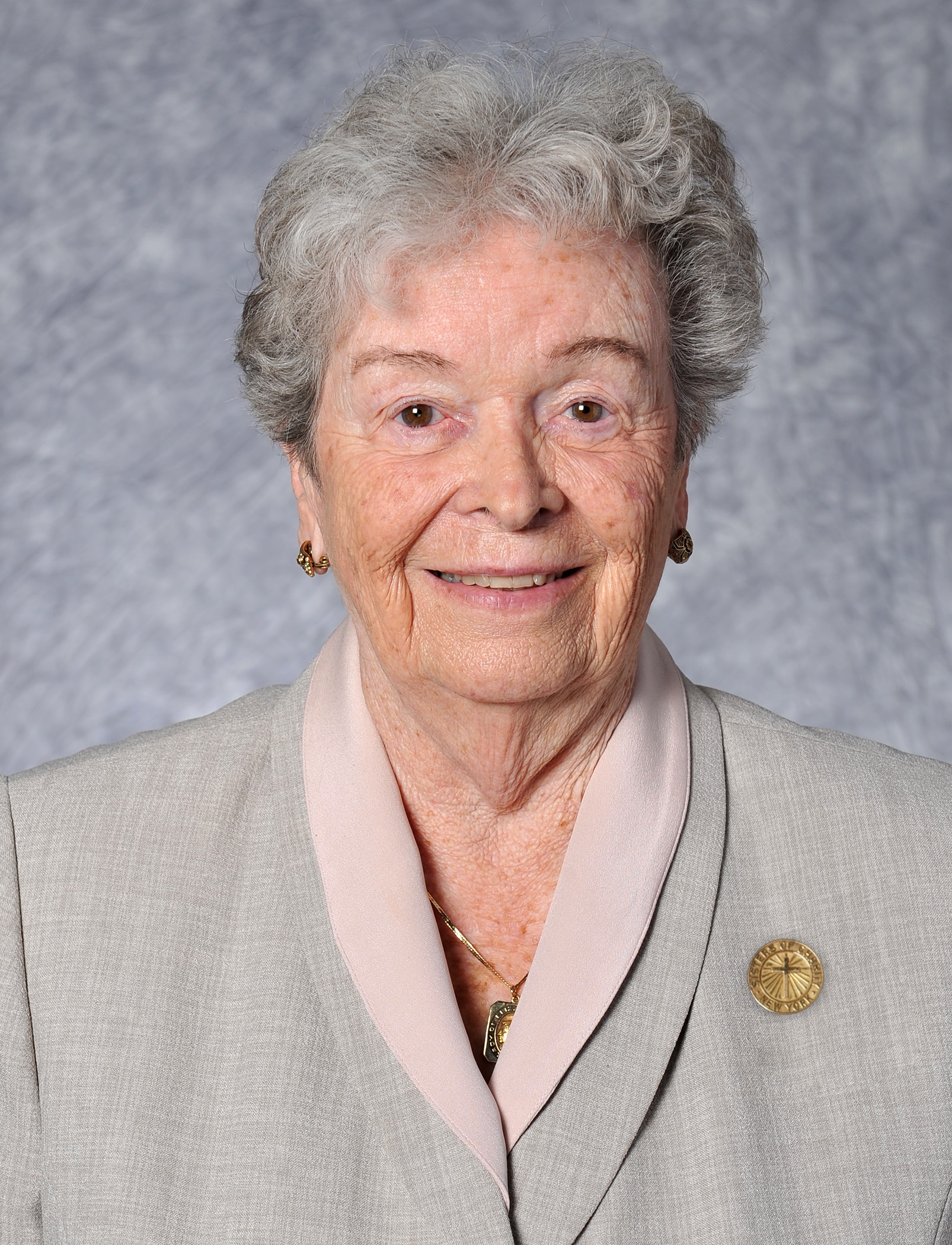 Sister Kathleen Tracey, formerly Sister Kathleen Marie, was born December 16, 1925, in Teaneck, New Jersey. She was the oldest of three children, two daughters and one son of Joseph and Kathleen Rogers Tracey. Kathleen attended St. Anastasia Elementary School in Teaneck, St. Cecilia High School in Englewood, New Jersey, and the College of Mount St. Vincent, the Bronx, earning a Bachelor of Science in Biology. Upon graduation, Kathleen worked for two years in bacteriology research at Mount Sinai Hospital, New York, before entering the Sisters of Charity of New York on September 8, 1950.

In 1955, Sister Kathleen earned an MS and a PhD in biology from Fordham University. While studying for these degrees, she taught biology at St. John the Evangelist High School, White Plains, Fordham University, and the College of Mount St. Vincent. She completed post-doctoral studies in radiation biology at the University of Chicago and the University of Oak Ridge, Tennessee. Her sixty years of ministry were dedicated to the mission of the College of Mount St Vincent and to teaching its virtues of Goodness, Knowledge and Discipline.

In Sister Kathleen’s years at the College, she served as Associate Professor, Professor, and Chair of the Biology Department, opening the wonders of biology to hundreds of students and inspiring and mentoring many to pursue graduate studies in biology, genetics, medicine, and biochemistry. She established the Institute for Aquatic Research, one of the first undergraduate programs in marine biology in the country, with a research station in Nassau, Bahamas, introduced the first bioethics course on the undergraduate level and proposed new courses that established an outstanding science curriculum at the College.

After twenty-seven years in the Biology Department, Sister Kathleen offered her talents and knowledge as an Administrator and Associate Vice-President for Advancement. She served in this capacity for the next twenty-nine years, twenty as director of the Mount’s cooperative program with Manhattan College. After retiring from active ministry, Sister Kathleen offered additional years in voluntary service to the institution with which her name is forever inseparable.

In 1998, Sister Kathleen received the Alumna Award of Distinction, acknowledging her contributions to society in general. In 2011, she was named among the 25 Bronx Influential Women for her key role in the success of the College, and in 2015, the College inaugurated the Kathleen Tracey S.C. Medal for Service and Leadership.

Sister Kathleen retired at Mount St. Vincent Convent in 2017 and in 2019 joined the retirement community of Sisters of Charity at Cabrini of Westchester in Dobbs Ferry, New York. She died here on July 21, 2022, in her 72nd year of commitment as a Sister of Charity of New York.

Sister Kathleen, you go to your God with belief in the resurrection of Jesus and hope in eternal life. We are grateful for your life and gifts shared with us and your students. You are a woman of God, a woman of science, a woman of strength.