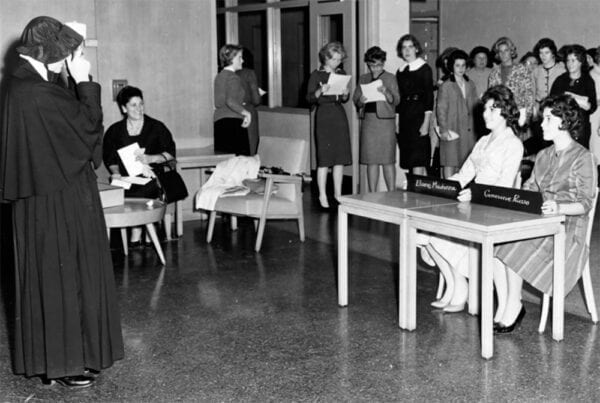 The Charity of Christ impels the Sisters of Charity to provide every service in our power. In 1898, that meant opening the first Catholic secondary school in Yonkers, Seton Academic Institute. After several incarnations (including “The Pines” on the northeast corner of Mount Saint Vincent) it became Elizabeth Seton School.

In 1951 it moved to the former W.B. Thompson estate on North Broadway in Yonkers, where it provided an outstanding education to hundreds of young women (including this writer). Boarders from the U.S. and other countries lived in Alder Manor, an Italian Renaissance Revival mansion furnished with tapestries, Italian porcelain bowls and Ming Dynasty vases. Commuters and boarders attended classes in a modern brick building overlooking the Hudson River and strolled at lunchtime in a Greco-Roman sculpture garden adjoining the Manor.

By 1960 a growing number of students in a booming economy were seeking college courses and job skills. The Congregation was asked to transform Seton into a two-year college, the first such college under Catholic auspices in New York State. By a happy coincidence, the state official charged with approving the required charter change was the father of Sr. Mary Ellen Brosnan. Chancellor John Brosnan’s family had close ties to the Sisters of Charity since a relative was taught by the Sisters in 1862. The charter was speedily granted.

Seton College’s opening in September 1961 pioneered a new approach to higher education even before the growth of the state’s Community College system. The curriculum offered a basic liberal arts major, with both transfer and terminal degrees, as well as career majors in radio/TV, merchandising, nursing and other fields. 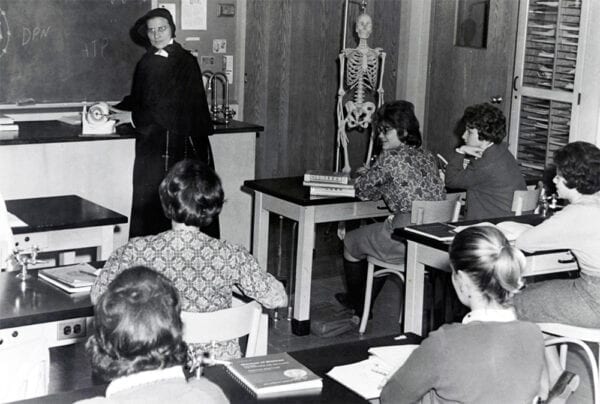 Sr. Francis Marita Sabara “had the privilege of being invited to join the first faculty at ESC,” teaching science and biology. Besides the strong academic curriculum, she remembers the “great (dramatic) productions” of Sr. Marian Francis Harriott, the “joyous choral and concert” performances directed by Sr. Thomas Mary (Helen) O’Connor, and the art department led by Sisters Marie Mercedes (Catherine) Murphy and Christine Marie Murphy. Only Sisters Francis and Therese Donnelly remain from that inaugural faculty roster.

Sr. Ann Citarella (who attended Seton in her pre-SC days) vividly remembers Sr. Francis calling the class to look out the window at ice chunks on the Hudson River moving in two directions at once, a fact that continues to amaze her. Her years at Seton marked Sr. Ann’s first encounter with the Sisters of Charity, whom she joined almost 20 years later.

As a novice and junior professed attending Seton, Sr. Andrea Dixon recalls the atmosphere of beauty and freedom she found there. Alder Manor’s tapestries and the Greek garden’s huge stone pillars brought to life treasures she had only read about.

Associate Barbara Stasz Sweeney remembers Seton’s “welcoming” atmosphere, “magnificent campus,… the flora, the gardens, the view” and the “many opportunities to feel connected.” Teachers were “engaged and well prepared,… always challenging us to go beyond the obvious and to think outside the box.”

Associate Sandy Figueroa described the faculty as “open and exciting.” She credits her English teacher at Seton with sharpening her skills in clear, creative writing and awakening her interest in Eugene O’Neill, the subject of one of her term papers. 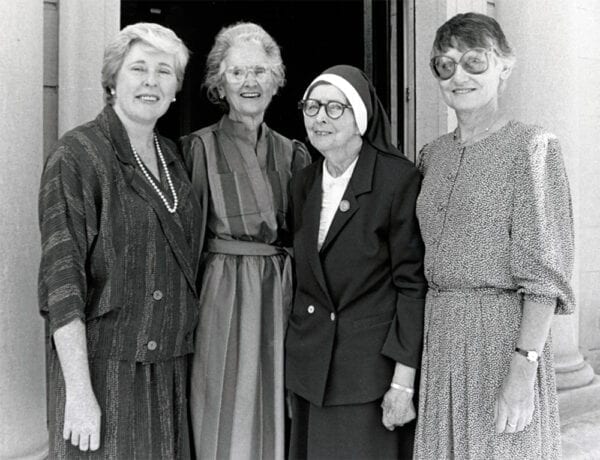 Sr. Mary Eucharia Carrigan served as a librarian at Seton for 20 years until it closed. She recalls the “fantastic students,” especially the adults in the nursing program. “They had homes and families to care for, plus a job.… They were determined to keep up with their studies and get degrees.”

Memories of students also remain vivid for Sr. Barbara Srozenski, who taught chemistry to student nurses. After their shift at Calvary Hospital ended at 3 p.m., they hurried to Seton for a 4:30 to 6:30 class, always on time, always with assignments done. As they shared their nursing experiences in class, Sr. Barbara “…became the student and marveled at the way they integrated book knowledge with loving, compassionate care.”

Elizabeth Seton College remained an independent institution until its merger with Iona College in 1989. Regrettably, the Seton campus was closed just two years later; the entire property was sold by Iona in 1995. 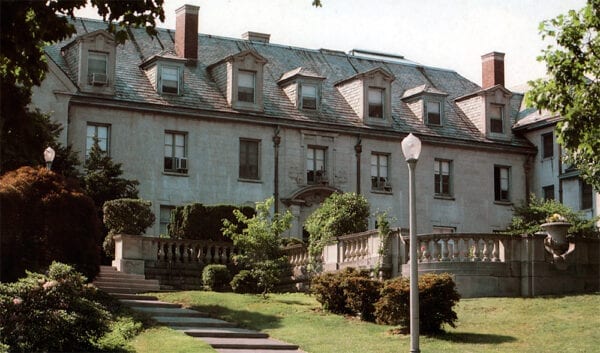 Elizabeth Seton College was located at the former W.B. Thompson estate on North Broadway in Yonkers.

2020 marks the 60th anniversary of Seton College’s founding. In its brief but spectacular history, Seton attracted women and men of varied cultural, economic and social backgrounds; talk-show host and journalist Denise Richardson and actress Jane Curtin are among its more famous alumni/ae, but hundreds more witness to its lasting legacy. Seton’s programs responded to the need for a fresh approach to higher education, especially for the “nontraditional” students whom it was Seton’s mission to serve. That need still exists. Sixty years ago (and long before), the Sisters of Charity were part of the solution. Their commitment to education continues in innovative ways, as this issue of Vision proudly describes.