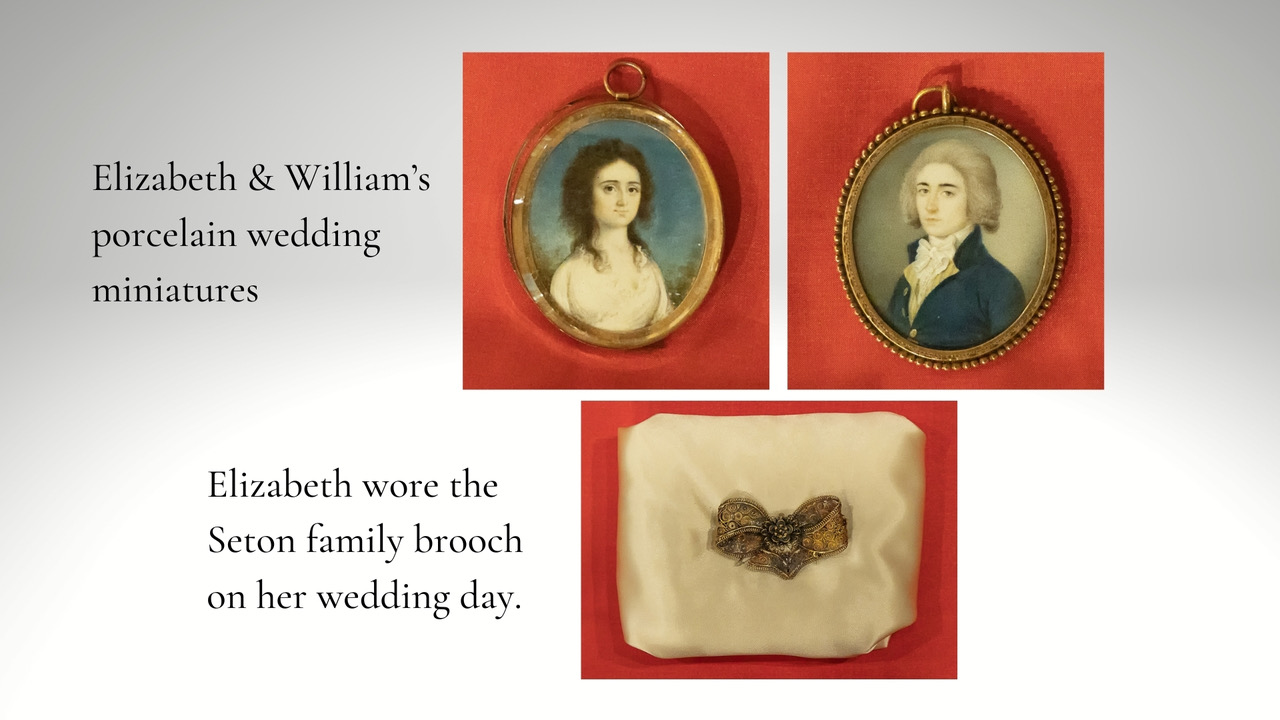 The Sisters of Charity of New York celebrated the opening of the Archives and Museum in 1982 in Elizabeth Boyle Hall, the landmark 19th Century carriage house on the Riverdale campus. The Elizabeth Seton Museum, located on the second floor of the building, has featured exhibits of two distinct in-house collections representing the ministries of the Sisters of Charity of New York and the Elizabeth Ann Bayley Seton and Family collection.

The current exhibit, featured since the 2017 Bicentennial of the Congregation, includes items that belonged to Elizabeth Seton before her conversion to Catholicism and during her leadership of the Emmitsburg, Maryland, community of sisters. Many of the items were donated in 1972 by Ferdinand Jevons, the last living descendant of Elizabeth Ann Seton. They include:

Other treasured artifacts are Mother Seton’s cap, shawl and belt—the few articles of her clothing that still exist. These were brought to the community upon her death by her close friend, Mother Elizabeth Boyle, the first mother superior of the New York Community.

Sr. Donna Dodge, President, and the Leadership Team: Sisters Margaret O’Brien, Margaret Egan, Sheila Brosnan, Claire E. Regan, Dorothy Metz and Dominica Rocchio, have generously offered to donate these artifacts from the Congregation’s Museum to the National Shrine of Saint Elizabeth Ann Seton in Emmitsburg. This decision was made with the greatest consideration and understanding for the significant regard that the New York Community holds for these precious items. Upon accepting this donation, Rob Judge, Executive Director of the Seton Shrine, said he is “honored and overwhelmed by the generosity of the Sisters of Charity of New York.”

How to preserve and display these historical items in an environment in which they will be viewed and appreciated was an overriding consideration. Other concerns that helped the Congregation arrive at their decision included:

• the age and delicacy of the artifacts require costly conservation measures;
• a marked diminishment in the number of visitors due to fewer requests from schools and parish groups;
• and the Museum’s second floor location which renders it inaccessible to many.

To mark this event, a virtual prayer service of blessing and sending was prepared by Sr. Regina Bechtle, Sr. Mary McCormick, and SC Associate Christine Gallagher. Sr. Donna Dodge opened the prayer service with a welcome and brief explanation. The service was held prior to the departure of the artifacts from the Mount Saint Vincent campus and is available online at the SCNY website. The transfer of artifacts will occur early in 2021.

In Spring 2021, the Seton Shrine will feature the new exhibit to commemorate the 200th Anniversary of the death of Elizabeth Ann Seton. The Sisters of Charity hope many more visitors will be inspired by the opportunity to view these artifacts as part of the history in Emmitsburg where Elizabeth Ann Seton lived and founded a new community of women religious who continue to serve with dedication and conviction throughout the United States, Canada, and beyond. 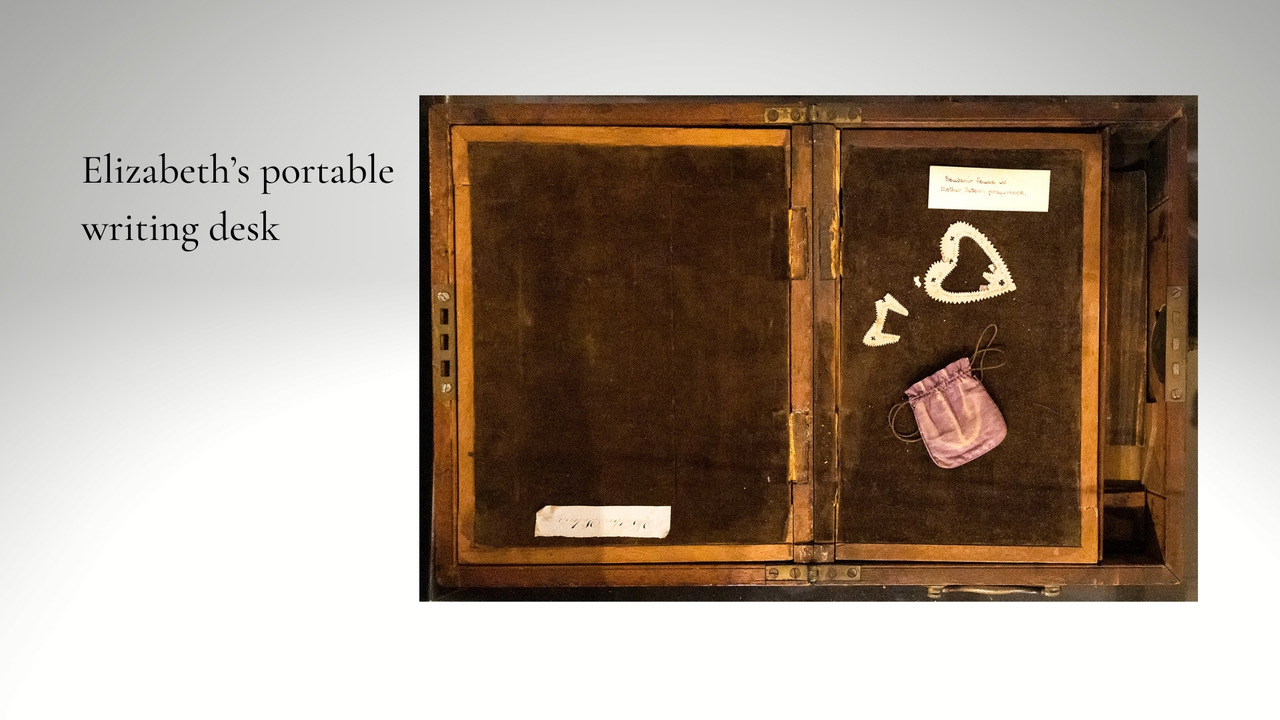 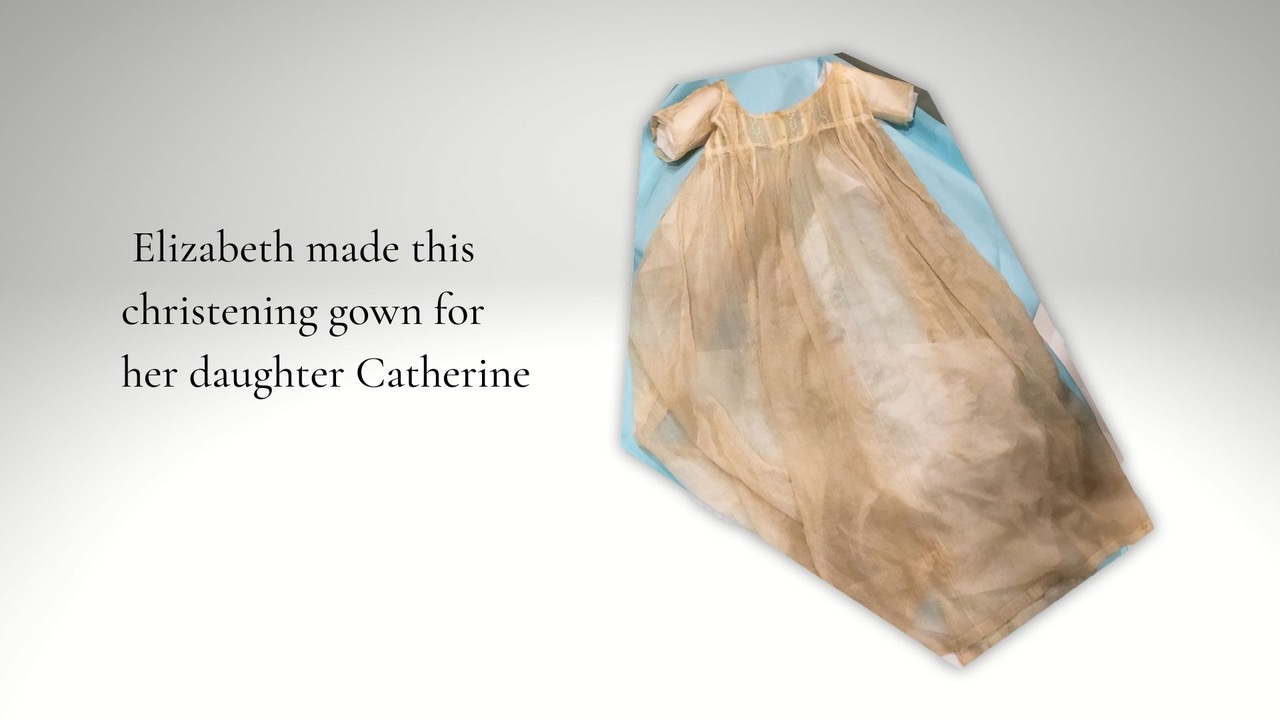 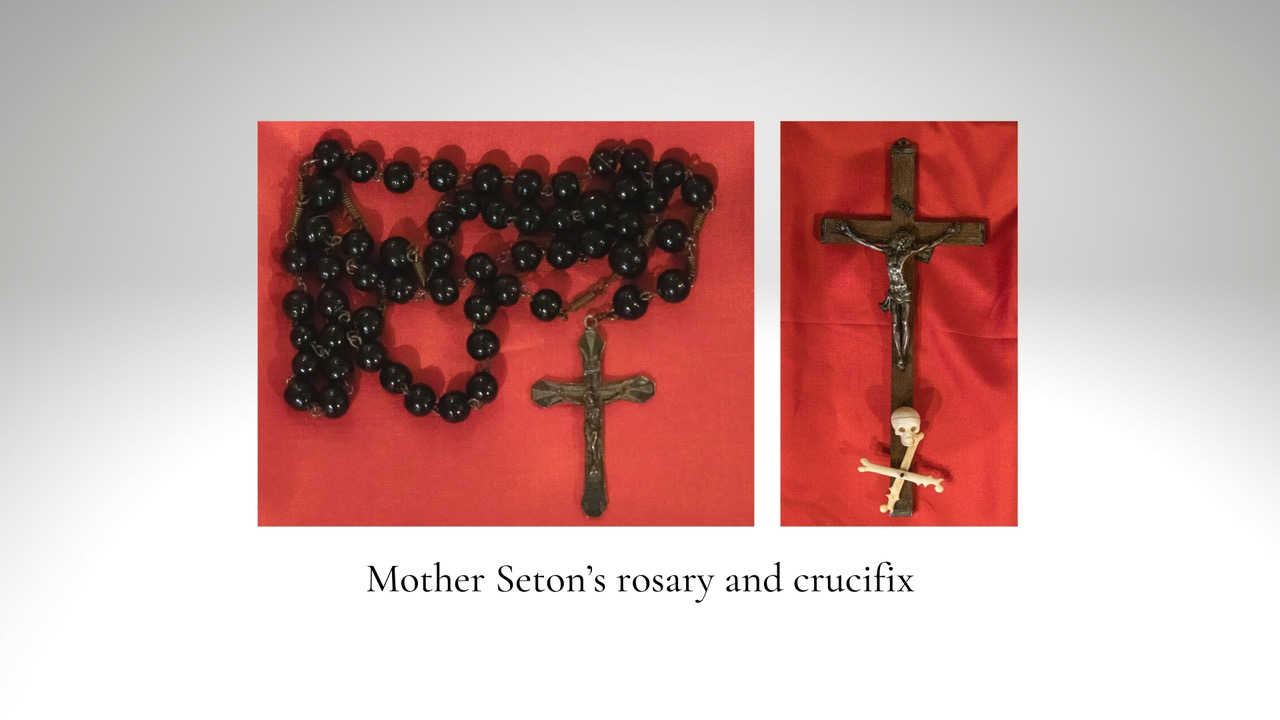 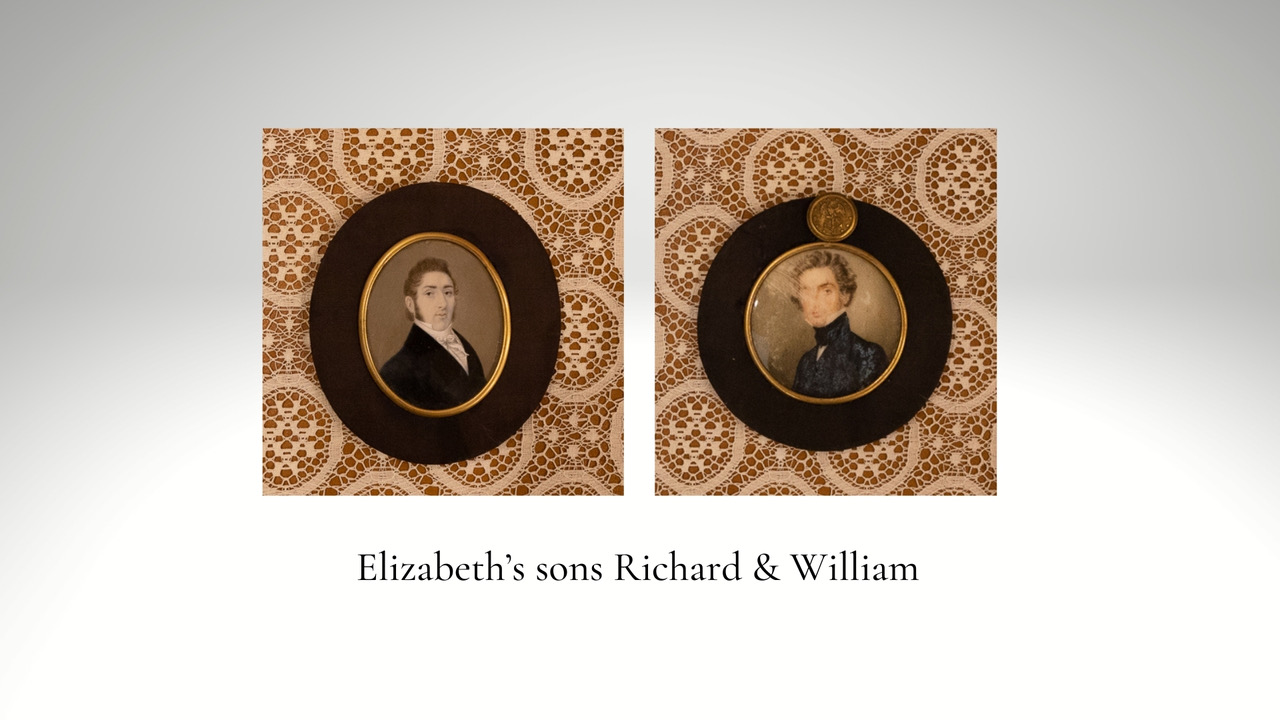 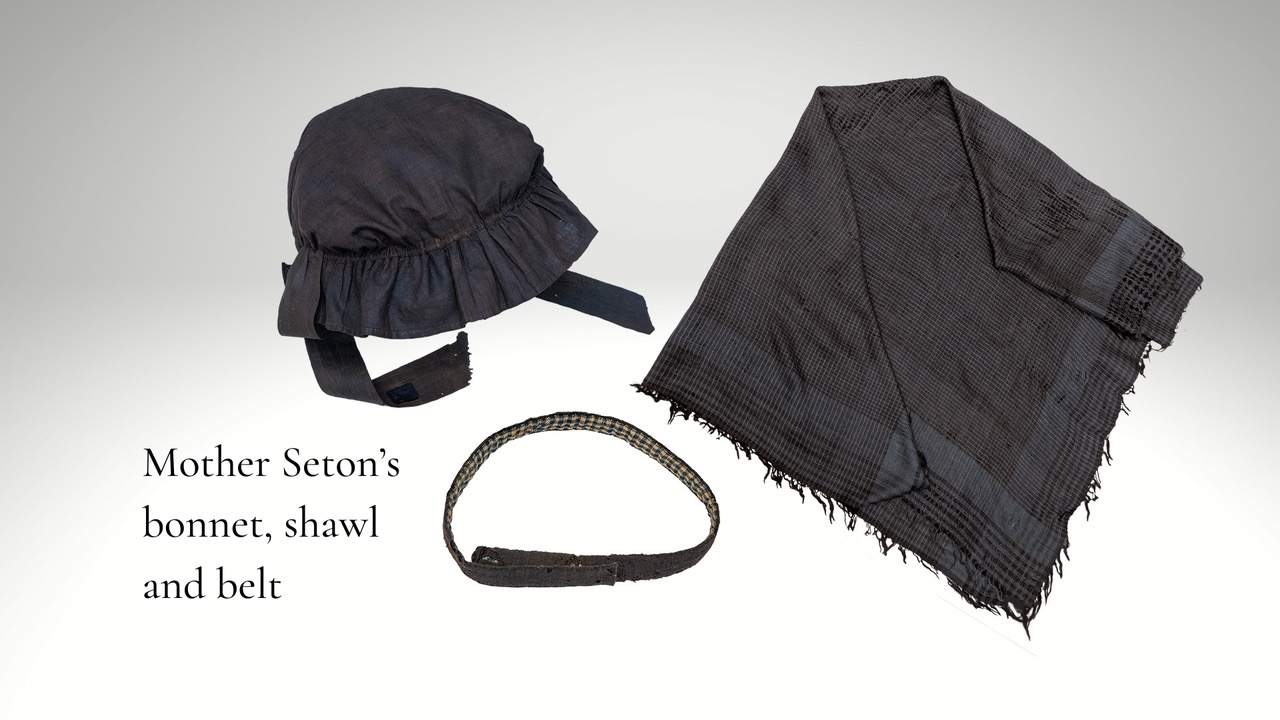 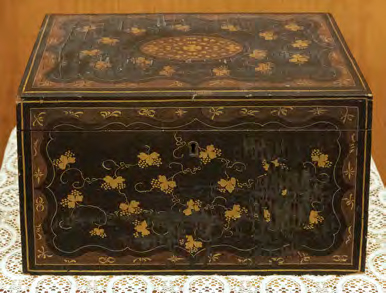