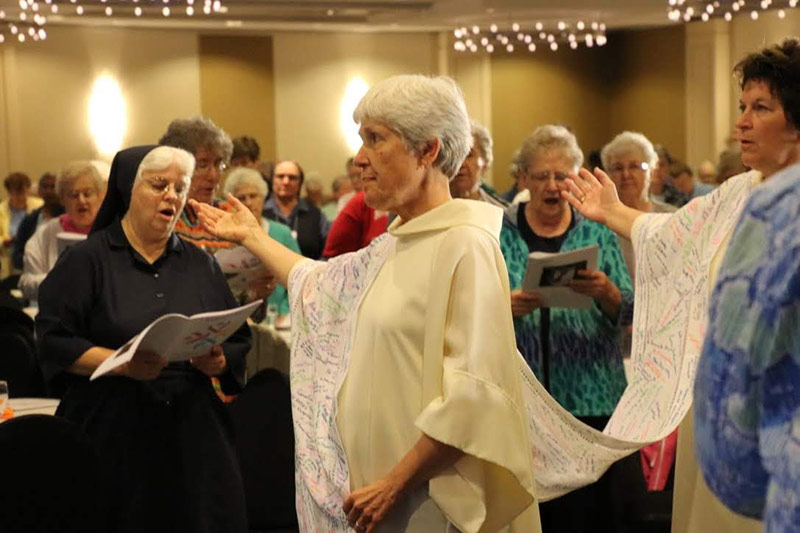 Altar cloth with names written “in honor of all those, living or deceased, who have been an inspiration and model of unstoppable charity.”

The last day of the assembly began with an opening prayer, which included a Litany of Remembrance for sisters who passed. This beautiful tribute lasted several minutes and was accompanied by song.

The remainder of the morning included the videotaped reflection by Sister Sujita, discussions at the table based on Sister Sujita’s reflection, and the liturgy.

Sister Sujita’s reflection involved the theme of Imagining the Future.  Several meaningful comments were pulled from the reflection: 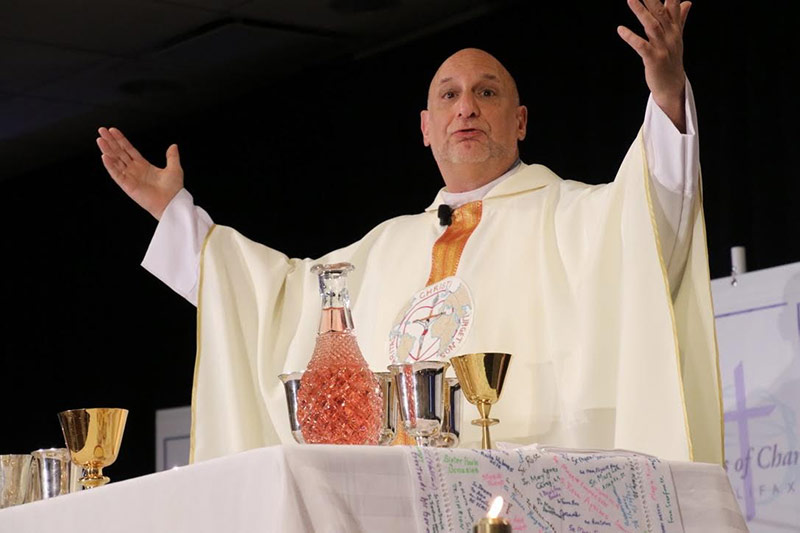 After the reflection, Sister Judy instructed the attendees to two tasks — each attendee was to state a commitment to making a change or taking an action. Also, since the federation is writing its own story for the future, attendees were encouraged to come up with titles of chapters for the story that will be written. After attendees shared their commitment statements at their tables, volunteers got up at microphones throughout the room and shared titles of chapters to be written. Some were funny and some were more purposeful, giving direction to the potential story to be told.

The morning ended with liturgy and farewells to all. 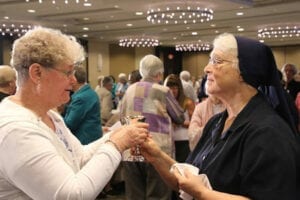 The assembly was a moving and thought-provoking time to consider what congregations have accomplished over the years, and how to move forward together, weaving unstoppable charity. Much from the assembly will be shared online, so that people who couldn’t attend can review what was covered, and subsequently be involved in discussions for the future.

Visit the Assembly of the Whole page on the federation web site for links to livestream videorecordings, presentations, and photos.