“It’s a very special kind of job…not many people go to the place where they work and have a child reaching out and running to them saying, ‘I love you,’ or ‘I missed you.’” 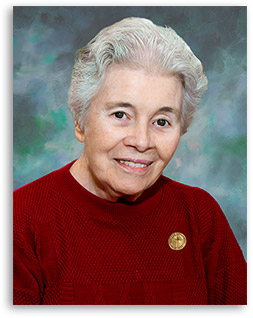 Sister Teresa Kelly (Sister Marilda John) was born September 25, 1934 in Bronx, New York, one of two daughters of John and Bridget Dougherty Kelly. Teresa attended Saint Athanasius School in the Bronx and Cathedral High School in Manhattan. She attended a one-year training program at the New York Foundling Hospital and then worked there for four years as an infant-care technician. During this time Teresa met and worked with Sister Marilda Joseph Aeillo who was to spend over fifty years in ministry at the Foundling. It was under her guidance that Teresa entered the Sisters of Charity of New York on September 8, 1957. They maintained a close and constant friendship until Sister Marilda’s death in August 2014. Sister Teresa received a BA in History from the College of Mount Saint Vincent and an MA in Administration and Group Work from New York University.

After her profession of vows, Sister Teresa returned to the New York Foundling for two years as a Nursery Supervisor. She was then missioned to Saint Mary School, Yonkers, where she taught first grade for four years, a ministry which she also loved. In 1966 she was reassigned to the Foundling as a teacher and supervisor of a Montessori nursery for the next ten years. In 1976 Sister Teresa became the founder and director of the Blaine Hall initiative, a short-term residential diagnostic program for children 4 to 10 years of age who experienced difficulties at school and at home. She worked in the Blaine Hall program for over thirty years. Along with her administrative role, Sister Teresa enjoyed caring for children most of all. She once said, “I wouldn’t work here if I was just in an office. I like to dress the children, take them shopping, and do all the things I’m not supposed to do as a director.…It’s a very special kind of job…not many people go to the place where they work and have a child reaching out and running to them saying, ‘I love you,’ or ‘I missed you.’” 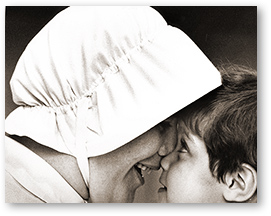 Over the course of her forty-eight years at the New York Foundling, Sister Teresa was mentor, friend, confidant and surrogate mother to countless number of children whom she dearly loved. In 2009 Sister Teresa was honored with the James Keller Award, presented by the Christophers to individuals who have contributed to the wellbeing of young people. The children whose lives she touched will long remember the kind, gentle and generous sister who cared for and about them. She is now welcomed into the kingdom by her family and friends, the Sisters of Charity who have gone before her, and our loving God whom she served so long and so well. Be at peace, Sister Teresa.