“[She] continued to help her former students as they journeyed through higher education and life’s varied paths.” 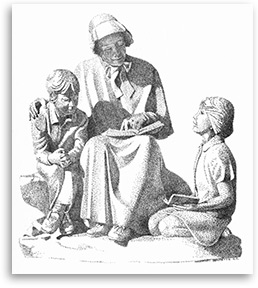 Sister Patricia Sullivan (Sister Regina Timothy) was born on January 4, 1941 in Manhattan, one of three children born to Timothy and Emily Murphy Sullivan. Patricia attended Saints Peter and Paul School in the Bronx and Cathedral High School in Manhattan. She entered the Sisters of Charity of New York on September 8, 1958 and received the name Sister Regina Timothy. She earned a BA in History from the College of Mount Saint Vincent and was later certified by New York State as an alcohol substance abuse counselor.

Sister Patricia became an excellent elementary school teacher. This ministry brought her to several schools: Saint Margaret of Cortona and Saint Raymond in the Bronx, Saint Francis in Mount Kisco, and Good Counsel in Manhattan. In 1990, Sister became a reading specialist at Cardinal Hayes High School in the Bronx where she developed a reputation as “a great teacher for boys.” In 2000 Sister Pat became a guidance counselor at All Hallows High School in the Bronx. She developed personal relationships with her students and their families, which spanned her eight years of ministry at All Hallows. In 2008 Sister Patricia began volunteer service at the Convent of Mary the Queen. In this position she became an entertaining and true friend to all of the sisters. She maintained her interest in “her boys,” and often shared stories about them with the sisters at the Queen. Sister Pat continued to help her former students as they journeyed through higher education and life’s varied paths.

In her later years, Sister Patricia faced her illness with courage, faith, honesty, and good humor. She provided good example to all who cope with serious health issues. We rejoice with her now as she enters into the place which her loving God has prepared for her, reunited with her family and all of the Sisters of Charity who have gone before her. Rest in peace, Sister Pat.