…I have the opportunity of dealing with youth, adults, professionals in the media world, and Church officials. This gives me a unique opportunity as a religious to touch many lives and hopefully to exercise an influence. 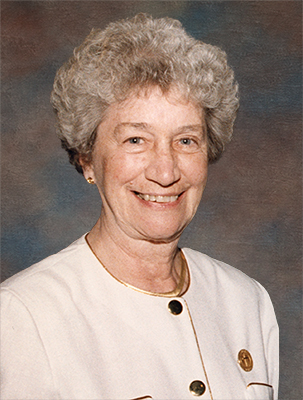 Sister Irene spent nineteen years in elementary education, teaching at Visitation and The Pines at Mount Saint Vincent, in the Bronx; Blessed Sacrament and Saint Lawrence Academy in Manhattan; Elizabeth Seton Academy in Yonkers. She taught French and Religion on the high school level for a combined ten years at Cathedral in Manhattan and Cardinal Spellman in the Bronx. She went on to teach French and work in Public Relations and Development in the recently opened Elizabeth Seton College in Yonkers from 1963 to 1967. From 1967 to 1975, in addition to her other teaching responsibilities, Sister Irene was Professor of French at Saint Joseph Seminary, Dunwoodie, NY, and Cathedral College Seminary, Douglaston, NY. In 1972, Sister Irene was asked by the Archdiocese of New York to work at Instructional Television (ITV). During an interview when she was Director of ITV, she said, “I see my present apostolate or ministry to be two-fold, Education and Evangelization….In both these endeavors I have the opportunity of dealing with youth, adults, professionals in the media world, and Church officials. This gives me a unique opportunity as a religious to touch many lives and hopefully to exercise an influence.” In 1991, after almost twenty years at ITV, Sister Irene asked if she could follow her strong desire to make Saint Elizabeth Ann Seton better known and more accessible to the public. Thus, she became known as “the PR person for a saint,” a title given by her family. There followed many pilgrimages to Emmitsburg, Maryland, the creation of a traveling museum, story books, coloring books, holy cards, posters and a web-site, all for spreading devotion to Mother Seton. After sixteen years of this dedicated work, Sister Irene retired to Mount Saint Vincent Convent in 2007, then moved to the Convent of Mary the Queen in 2010 and, in 2015, took up residence in Saint Patrick Home in the Bronx. 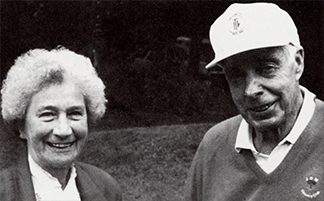 Sister Irene was the recipient of numerous honors and awards for her accomplishments in education, in communications, and in spreading her love for Elizabeth Seton. She was comfortable in all venues and gracious with all people. She could meet and greet the Pope, Cardinals, or owners of Major League ball clubs, and be at home in their presence. Her students and her Sisters remember her for her kind and generous nature and her willingness to share her time and talents. Sister Irene had many loves in her life: her family, friends, and Congregation, horses and dogs, and the New York Yankees, to name a few. She made everyone she met feel special. Sister Irene died a few months shy of her hundredth birthday.

Rest in peace, Sister Irene, as you are welcomed home by our loving God and your beloved Elizabeth Ann Seton.

Mass for Sister M. Irene Fugazy will be video streamed from  the Chapel of the Immaculate Conception, College of Mount Saint Vincent, on Wednesday, May 23, 2018 at 10:00 am. Click on the link below if you wish to join us.