She considered herself blessed to be a Catholic educator of the young, especially in preparing them for the sacraments of First Penance and First Eucharist. 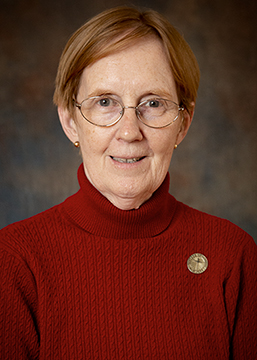 The Funeral Mass for Sr. Ellen Dunne was streamed from St. Margaret of Cortona Church on September 25. The recording will be available to view until October 25 at this link: https://venue.streamspot.com/217aa3db

Sister Ellen M. Dunne was born June 25, 1947, in Brooklyn, New York, one of three children, two daughters and one son, of Thomas and Rita Schweid Dunne. Ellen attended Saint Joseph Hill Academy, Staten Island, for both elementary and high school, and the College of Saint Rose in Albany for one year before entering the Sisters of Charity of New York on September 8, 1966.

Sister Ellen received a BA in History from the College of Mount Saint Vincent and an MA in Education from Lehman College, both in the Bronx. She was later awarded permanent certification from New York State for teaching Nursery through Grade Six.

Sister Ellen’s ministry and main love for fifty years was the field of elementary education with a concentration in the primary grades, all in Bronx schools. Our Lady of Angels, her first assignment, knew her presence as a teacher of grade two for eleven years and of grade three for thirty-two years. She extended her presence beyond the school hours to care for children waiting for working parents. In 2013, she began teaching at Saint Nicholas of Tolentine until her present teaching appointment in 2015 at Saint Raymond. Here her experience with the learning patterns of primary grade children enabled her to provide for their individual needs.

From the time Sister Ellen entered the Sisters of Charity of New York at the beginning of the Second Vatican Council until the year of her death, 2020, the Church, the world, and every major institution and agency that affects our lives has undergone change, bringing change to us. In its midst, Sister Ellen provided steadiness in the lives of hundreds of young children who entered her classroom each day. She considered herself blessed to be a Catholic educator of the young, especially in preparing them for the sacraments of First Penance and First Eucharist.

Sister Ellen was quiet and reserved in manner and way of speaking. The friends she joined many years for a monthly Friday night game of cards also knew her quick, dry sense of humor that added to the community they enjoyed. Sister Ellen shared life with the Sisters of Charity for fifty-four years.

Sister Ellen was hospitalized for a short time during September 2020. She was later transferred to Cabrini of Westchester where she died September 22, 2020. The Book of Daniel reminds us that “… those who have instructed the many in virtue …will shine as brightly as stars for all eternity.”

Sister Ellen, a loving God welcomes you to share this eternal life with family, friends and Sisters of Charity who have gone before you. Rest in peace.