“I have experienced many miracles. I have seen God make a way out of no way in peoples’ lives…. Journeying with people through homelessness has been a tremendous blessing in my life.” 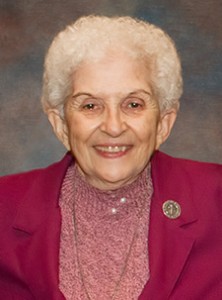 Sister Dorothy Gallant was born on July 1, 1938 in Webster, Massachusetts, one of three daughters of Amos and Martha Gallant. Dorothy attended Saint Joseph School in Webster, Our Lady of Angels Academy in Enfield, Connecticut, and then entered the Felician Sisters in 1955 where she was given the religious name Sister Mary Marguerite. Dorothy earned a BA in Elementary Education from Fordham University and an MSW from the Fordham School of Social Service. In 1976, Sister Dorothy began the transfer process and pronounced her vows as a Sister of Charity of New York on March 30, 1980.

Sister Dorothy’s ministry as a social worker continued as counselor at the Religious Consultation Center in Brooklyn, and at the Emmaus House in Manhattan. In 1986, she began working at New York City sponsored shelters, an experience that would pave the way for the creation of Life Experience and Faith Sharing Association (LEFSA), a new ministry she co-founded with Sister Teresa Skehan, RSM. Today the LEFSA team continues to create communities with the homeless who are living in city shelters or on the streets. Through LEFSA, homeless men and women are empowered by discovering the faith, dignity, self-esteem, and knowledge they need to make positive changes in their lives.

Sister Dorothy’s tremendous love for people living in poverty was the essence of her life’s work. Her spirituality was formed by two charisms —the  Franciscan charism as a Felician sister and the Vincentian charism as a  Sister of Charity. After serving more than twenty years in ministry Sister Dorothy wrote, “I have experienced many miracles. I have seen God make a way out of no way in peoples’ lives…. Journeying with people through homelessness has been a tremendous blessing in my life.” Sister Dorothy retired as director of LEFSA in 2012.

As a religious woman, Sister Dorothy lived the virtues of humility, simplicity and charity, and she now receives her place in heaven with her God whom she loved and served so well. Be at peace, Sister Dorothy.