In her advocacy work she had hands-on experience with the poor and those who really needed her, just as Jesus did. 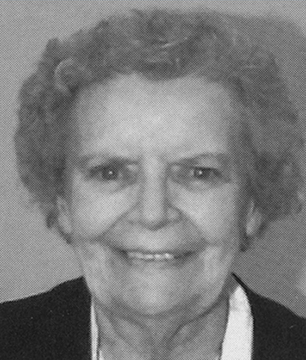 During her thirty-one years in elementary education, Sister Catherine taught every grade from third to seventh. She served in several schools in the Bronx, including: Visitation, Saint Athanasius, Our Lady of Angels, and Saint Barnabas. She also taught at Saint John the Evangelist, White Plains, and Our Lady of Mount Carmel, Saint Brigid, and Our Lady of Good Counsel School, in Manhattan. Sister Catherine enjoyed her years in elementary education and was a kind, compassionate teacher who brought the joy of education to her students each day.

In 1974, while continuing to teach at Our Lady of Good Counsel, Sister Catherine began to work as the Executive Director of the Alpha Housing Coalition in the Bronx.  She later became the Housing Administrator for Knickerbocker Plaza in Manhattan, and from 1981 until 2012, was the Housing Manager for Squadron Gardens, in New City, New York. There she served in the capacity of interviewing, organizing and orientating tenants who were senior citizens, often victims of fire, crime or eviction. As a panel member of the 1982 Convocation of the Congregation, Sister Catherine explained her work to the Sisters. She said that these words of Jesus have never stopped to make a deep impression on her: “Whatever you do to the least of my brothers and sisters, so you do it for me.” (Matthew 25: 31–46). Sister’s advocacy work helped many who would otherwise have been without the hope of finding housing.

Sister Catherine retired in 2012, and moved to the Convent of Mary the Queen, Yonkers, in 2013. She was among the first group of sisters to move to the The New Jewish Home in the Bronx in 2014. In October 2018, she moved to Kittay Senior Apartments, Bronx, and remained there until her death on February 21, 2020.

In her advocacy work she had hands-on experience with the poor and those who really needed her, just as Jesus did. She was a Sister of Charity who lived the charism of charity to the fullest. We rejoice with her as she enjoys the presence of her loving God, her family, her friends and the Sisters of Charity who have gone before her. Rest in peace, Sister Catherine.

The Mass of Christian Burial will be live-streamed on Tuesday, February 25, at 10:30 am. Click on the link to join us. https://venue.streamspot.com/217aa3db