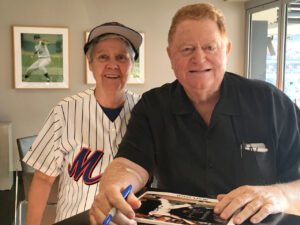 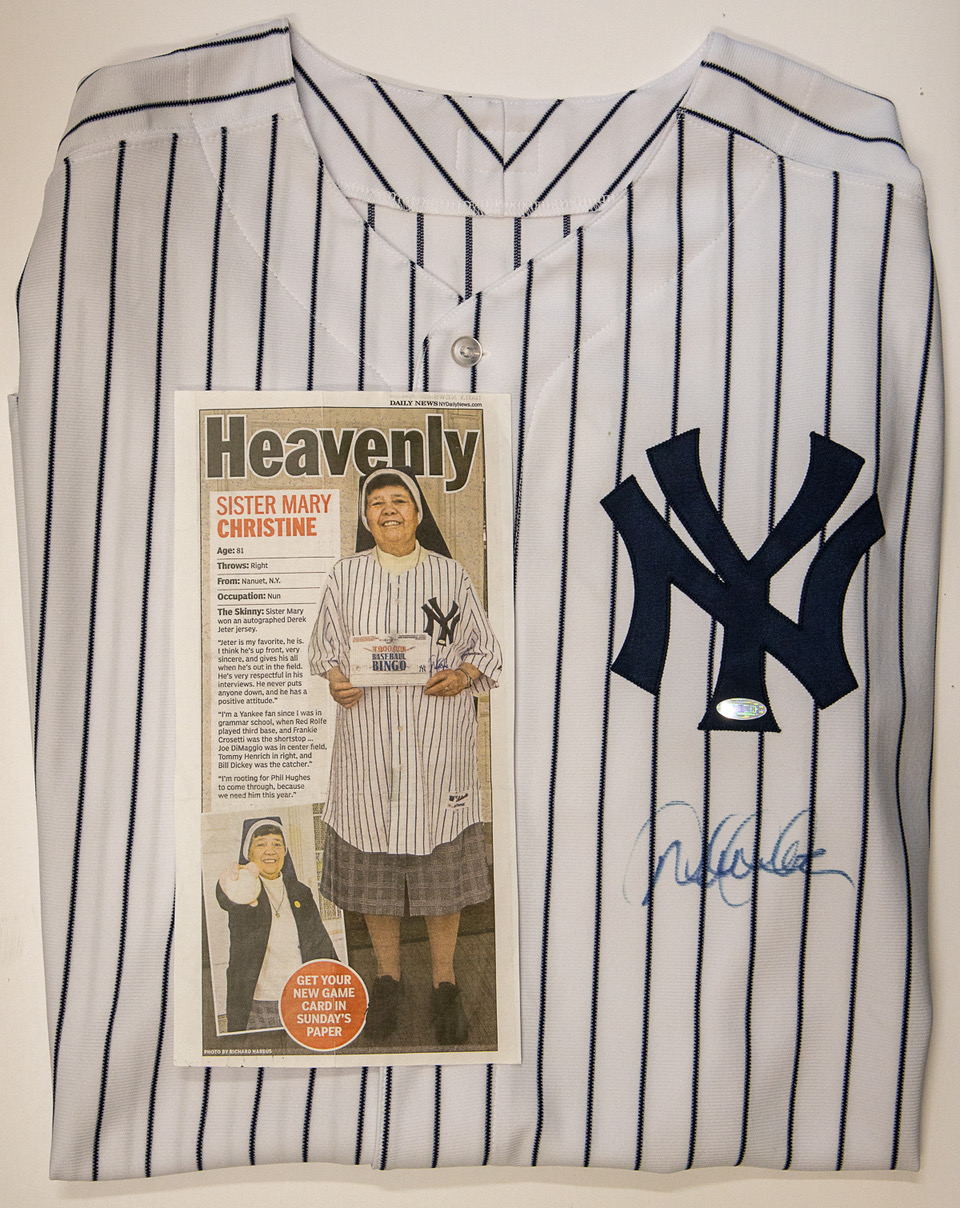 Sr. Mary Christine won a Derek Jeter autographed jersey through a contest sponsored by the Daily News in 2012. A note in the Archives in her handwriting states, “On Tuesday, the Feast of St. Joseph, I received a phone call from the Daily News saying I was a winner in the contest. Arrangements were then made for the photographer to come to St. Agatha Convent. It is a memory I shall cherish.” Featured in an article in the Daily News in 2012, accompanied by a photograph of her wearing the jersey she won, she stated: “Jeter is my favorite, he is. I think he’s up front, very sincere, and gives his all when he’s out in the field. He’s very respectful in his interviews. He never puts anyone down, and he has a positive attitude. I’m a Yankee fan since I was in grammar school, when Red Rolfe played third base, and Frankie Crosetti was the shortstop — Joe DiMaggio was in center field, Tommy Heinrich in right, and BIll Dickey was the catcher. I’m rooting for Phil Hughes to come through, because we need him this year.” (Daily News, May 2, 2012)