“Secrets” Uncovered in a Pandemic Time 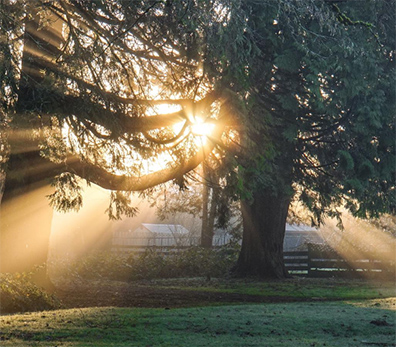 A major project of the Congregation for the last few years is to create a database of each cemetery where sisters are buried. For cemeteries where only a few sisters are buried, contacting the cemetery office is an easy way to collect information. For others where over a hundred are buried, other ways need to be found.

Since we have used Saint Joseph Cemetery in Yonkers beginning 1896, it is where most of our sisters are buried and where we decided to begin collecting information. Two or three sisters are in most graves and each site is marked with a headstone etched with the names and dates of death of the sisters buried in that plot. It was evident that, if we wanted to record the location of each sister’s burial in Saint Joseph, walking the cemetery hillside of eleven rows arranged in two side-by-side sections was not feasible.

Fortunately, photographs had been taken recently of each headstone and identified with the location of the grave. Using them seemed the easiest way to gather information for the sisters buried there and to accomplish the task for Saint Joseph Cemetery. It would be daunting since almost five hundred photos would have to be examined, some with the aid of a magnifier. It would take a bit of time, and uninterrupted time would be best, to get it accomplished. Then the pandemic came along — and with it the time and space to take on the task.

Matching the names on the stones in the photos against the names of the sisters recorded on a paper list as buried in Saint Joseph was a way to check that each sister listed was really buried in the cemetery. After weeks of work, three names on the list were not found on any of the stones photographed nor, after inquiry, did the cemetery have any record of having buried these sisters. How could we get these three sisters to reveal where they were?

One was an easy secret to uncover — she was just across the water in Calvary Cemetery in Queens. The second took a bit of sleuthing — connecting clues, google searches, inquiries to other archives — which led us to Holy Cross Cemetery in Lackawanna, N.Y., which revealed that, indeed, the sister is buried there! How she got there is a story for another time. This secret revealed that for the past ninety-two years since the sister died, we have had her resting in the wrong place — and we added another cemetery to our long list. And, if you’re counting, yes, one sister has yet to tell us her secret of where she can be found. The search for her continues.

One last secret uncovered — we learned that 1,140 of our sisters are buried to date in Saint Joseph Cemetery!