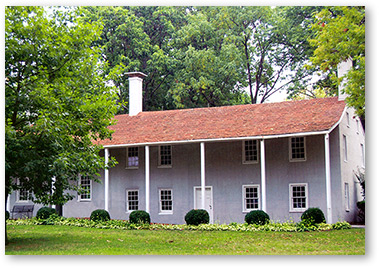 Presented in a case crafted specifically for the occasion, the key honors both His Holiness Pope Francis, and Saint Elizabeth Ann Seton. “This gift is a fitting tribute,” said Rob Judge, Executive Director of The National Shrine of Saint Elizabeth Ann Seton, “to a woman who opened doors for so many women to serve the poor, and for a man who has been a strong advocate for those who are poor and marginalized.” 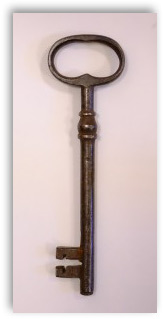 “It is humbling,” said Judge, “to know that Pope Francis literally holds the key to Mother Seton’s home, where we welcome tens of thousands of visitors every year. People of all faiths are drawn here to learn the story of her life and legacy.”

Elizabeth Seton was born in 1774 in New York. She was a wife, mother of five, and widow, who founded both a girls’ school and congregation of religious Sisters, the first of their kind in the United States. More than 200 years later, thousands of her Sisters continue her legacy of charity worldwide. Her National Shrine is now celebrating the 40th anniversary of her canonization in September 1975 by Pope Paul VI.

Sister Jane Iannucelli, President of the Sisters of Charity of New York, is board president of Seton Heritage Ministries.